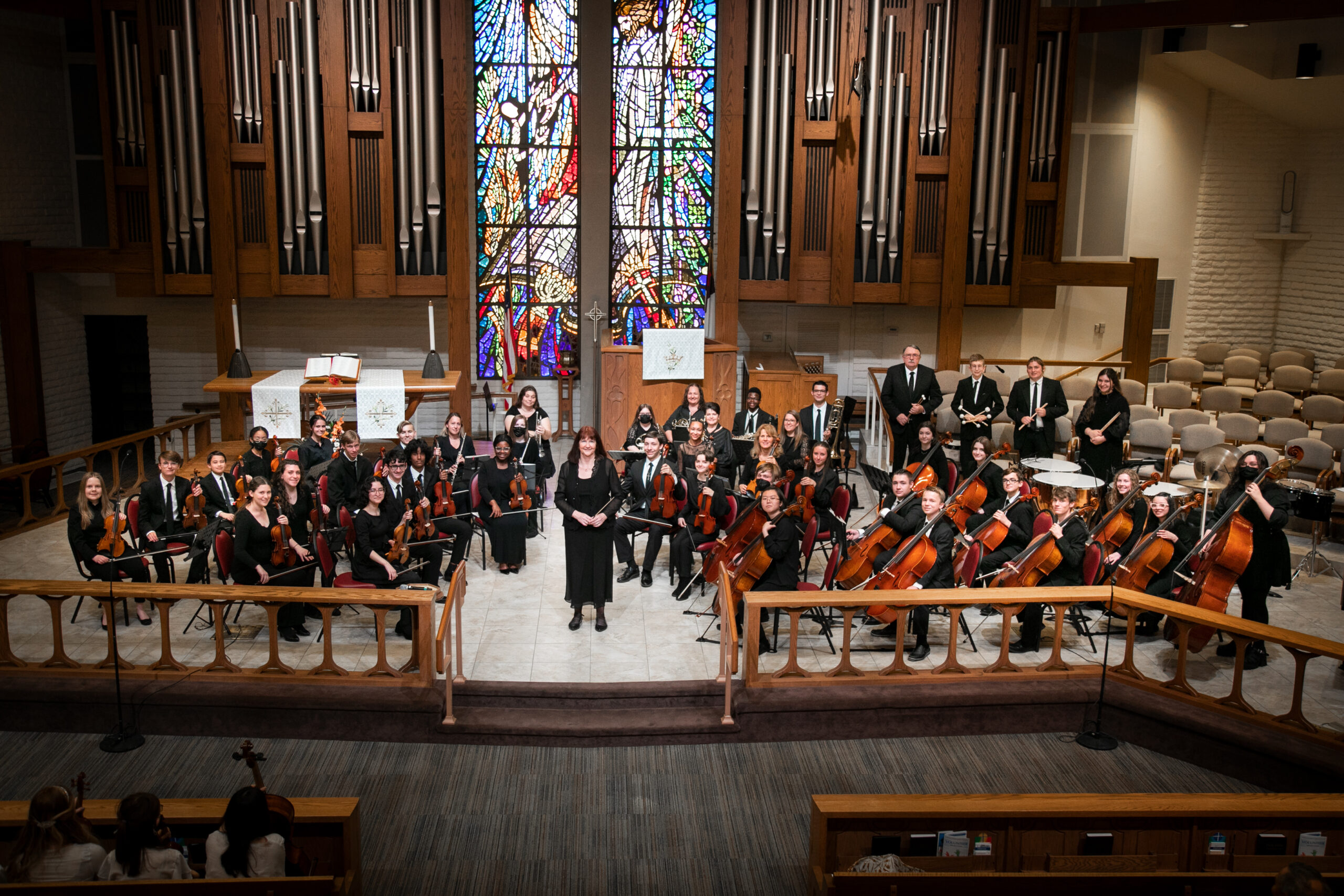 The mission of the West Valley Youth Orchestra program is to offer young talented musicians an opportunity to participate with their peers in an orchestral setting. This experience provides intensive training so participants will develop greater music understanding, ability and appreciation.

There are two performing groups in the program during the school year. Cadet Strings is a training ensemble for beginning string players. The West Valley Youth Orchestra is a full orchestra with strings, woodwinds. brass and percussion players. We also offer a Chamber Music Camp in June for a week of coaching with Quartet Sabaku. 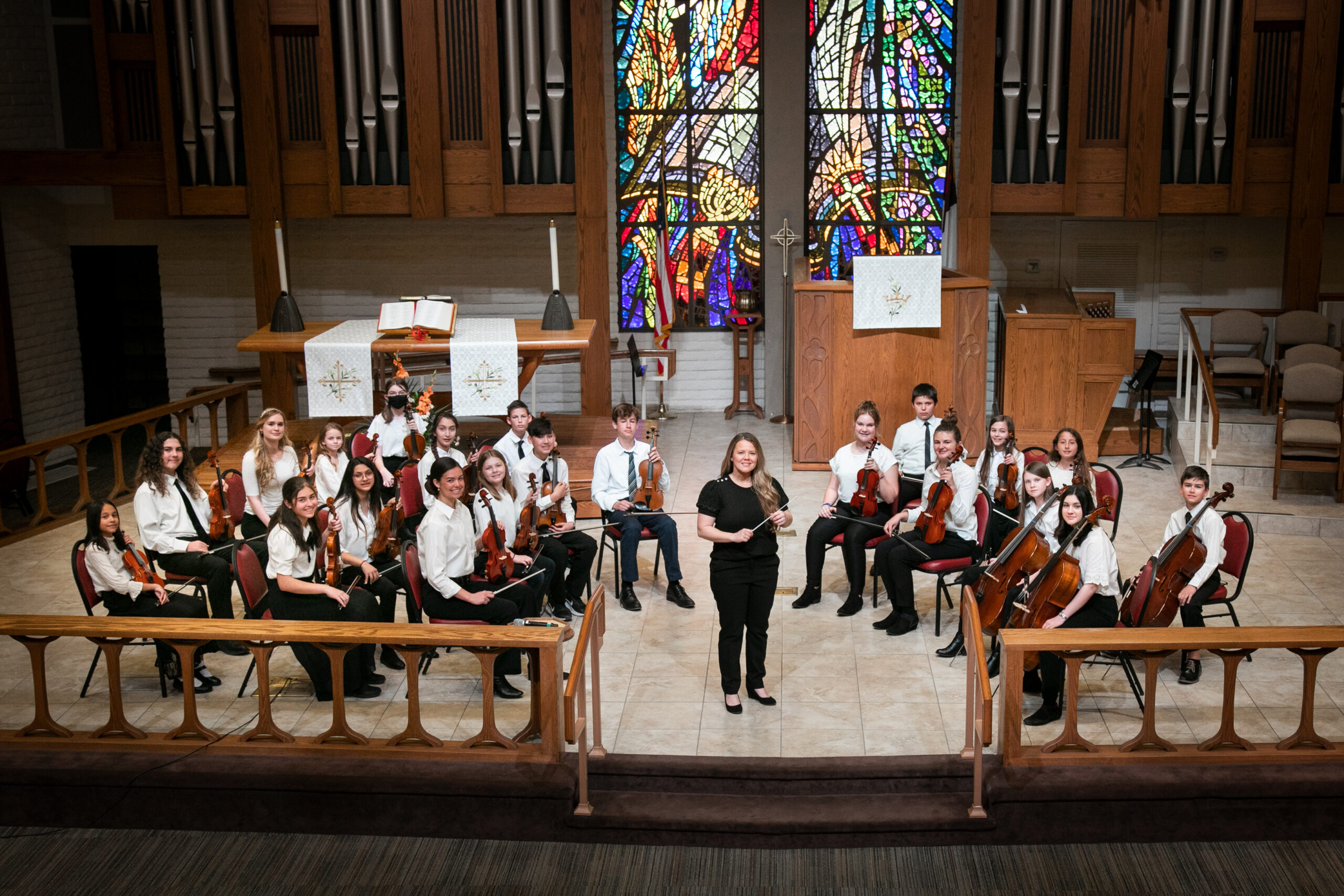 Claire Gordon, a native of Phoenix, graduated Summa Cum Laude from Arizona State University with a Bachelor's degree in Music Education in 1983. Mrs. Gordon taught strings in the Washington Elementary School District for fifteen years. Currently, she maintains a large private studio of violin, viola and piano students. Her students range from age four to adult. Mrs. Gordon’s goal is to instill a life-long love of music in her students. Many of her former students continue to play in string quartets and community orchestras after high school, and several have earned degrees in music performance and education, continuing the legacy of teaching music.

Mrs. Gordon has been the music director of the West Valley Youth Orchestra since its first full season, beginning in the fall of 1997. She has served as an adjudicator for various music festivals and has conducted honor orchestras for several school districts in the Phoenix area. Mrs. Gordon had the privilege of conducting Arizona Elementary All-State Orchestra in 2001 and 2014, the 2008 Arizona Junior High All-State Orchestra and the 2014 Greater Phoenix Honor Orchestra Festival.

Mrs. Gordon plays in the West Valley Symphony, is an active church musician and free-lance violinist throughout the Phoenix area. Mrs. Gordon is a past President of the Arizona chapter of the American String Teachers' Association and has served as the ASTA State Solo Competition chairperson.

Trista Kruckenberg graduated from Brigham Young University-Idaho with a Bachelor of Music in Music Education, Orchestra Emphasis, and holds a Masters of Arts in Education, Curriculum and Instruction. She began her teaching career as the District Orchestra Teacher in Idaho Falls for grades 4-12 and has held positions as Director of Orchestra and Choir at Tempe High School, Director of Strings at Rancho Santa Fe Elementary and Lanai Road Elementary in Encino, CA respectively. In addition, Mrs. Kruckenberg was the conductor of the West Valley Cadet Strings from 2007-2011 and again from 2013 to the present.

Mrs. Kruckenberg recorded the solo string tracks for a nationwide Mercedes-Benz 2012 commercial originally aired during the Academy Awards prime commercial spot. She was Principal of the Rexburg Community Orchestra, Concertmaster of the Valencia Stake Orchestra, and rounded out her classical playing by fiddling in the BYU-Idaho Bluegrass Band in addition to playing in both the Symphony and Chamber Orchestras. She currently performs throughout the valley as a free-lance violinist while maintaining her private teaching studio of violin, viola, and cello students. Mrs. Kruckenberg firmly believes music enhances the knowledge and abilities of students in a unique way unmatched by any other discipline.

Quartet Sabaku is a group of professional musicians whose energetic and lively style have delighted school and community audiences across Arizona and in Sinaloa, Mexico.

Members of the Quartet have extensive background in traditional string pedagogy and Suzuki teaching.

Quartet Sabaku has been on the Artists Roster of the Arizona Commission on the Arts since 1997.